What Is Friendly Fraud and How Can Merchants Prevent It?

For a merchant regularly facing chargebacks, it can become quite frustrating at best and highly costly at worst. Often, merchants don’t fight chargebacks because they feel like it will cost too much and take a good amount of their time. But unless they fight such claims, they can never fully understand how much revenue they are losing to false claims.

These false claims are usually known as friendly fraud. This is not a friendly move, despite what it may sound like. At times, it is done with hostile intentions in an attempt to make money, and at others, it is done without knowing if one’s claim is actually valid. In both cases, merchants on the other side of friendly fraud chargebacks should know what they really are and how they can prevent them from happening.

What is Friendly Fraud Chargeback?

When a customer buys something with their credit or debit card and later disputes the purchase with their bank without a legitimate reason, it is referred to as friendly fraud. The customer may make up a story about why their claim is legitimate to appear as friendly and honest as possible to their bank. This kind of fraud is also known as chargeback fraud.

So, what is friendly fraud chargeback? It is simply the process of retrieving the money that has been paid to the merchant via one’s card. A customer is entitled to a chargeback only if they have not received their purchased product or service or received something other than what they have ordered. It is always recommended that customers contact the merchant directly first to resolve their problem. However, often they go directly to their bank, which can then lead to friendly fraud chargebacks.

Why does Friendly Fraud Happen?

There are many reasons why friendly fraud takes place, but here are some of the most common ones:

Sometimes, customers who think that they’ve been wronged by a merchant also ask for chargebacks without asking the merchant to fix the problem. They assume that the merchant has deceived them on purpose and go straight to their bank instead of trying to resolve the matter. This can also happen because the customer isn’t entirely sure of the terms and conditions of their purchase. In such a case, they may be expecting to get something that is not part of their purchase, and, therefore, they feel tricked later on.

If you’ve ever wondered what friendly fraud chargeback is, think of it as a way to shoplift online for fraudsters. Many people abuse the process of asking for a chargeback to get what they want for free. They will buy something to dispute their purchase later because they know that they’ll be able to get their money back quite often. They will lie about the state of the product they received or tell their bank that they never got it. They will also tell their bank that the merchant did not get back to them about their complaint.

By doing so, fraudsters can buy what they like and get their money back. There really isn’t a downside to doing this because usually, the worst that happens to the fraudster is that they don’t get their funds back and they get to keep what they paid for anyway. It is essentially a safer way to shoplift online that doesn’t pose the same risk as shoplifting at a physical store.

Friendly fraud chargebacks are often the result of simple confusion. If someone made a purchase and then forgot about it, or one of their family members used their card to buy something without their knowledge, they can contact their bank to dispute the charge when they see it on their statement. This latter situation is also known as family fraud. It is usually easy to resolve these issues directly with the merchant, but it is still considered friendly fraud if it leads to a chargeback for the merchant.

First of all, it is important to know that friendly fraud chargebacks are very common. Merchants report that they make up for around 1/3 of all the chargebacks they face. Banks, on the other hand, generally report much lower numbers. One reason is that cardholders are often able to convince their banks that their claim is legitimate, and the banks don’t care to ask the merchant about the issue.

As a result, a friendly fraud chargeback can cost a merchant more than double the transaction amount in terms of the losses they face. Not only that, but it also leads to an increase in the merchant’s chargeback ratio. This can then add up and bring about even more consequences, including the termination of their account as a merchant. So, there are plenty of additional costs that a merchant must bear because of careless and/or hostile claims from customers.

How Can Merchants Prevent Friendly Fraud?

It’s not easy to prevent these claims completely, but merchants can take certain steps to minimize the number of chargebacks.

You can also fight false claims by making sure that you maintain all the documentation related to each order. This will help you submit the relevant information to the bank, which serves as evidence in your favor. If you keep everything on your side sorted, you can win a false chargeback case and prevent lost revenue. Services like Chargebackhit can do all the work for you in this regard and help you prevent and resolve fraudulent chargebacks with ease.

To help merchants reduce the number of chargebacks they face and also fight illegal ones, Chargebackhit offers a vast array of services. The website is designed to let you quickly and easily calculate just how much these claims are costing your business to get a clearer view of the money you can save. This can show you how much money you are losing on a regular basis and help you decide if you need the service to get all that money back.

Not only does Chargebackhit help you prevent these claims by sharing enhanced transaction information, but it also aids in resolving these disputes. On top of that, merchants can also recover their revenue as Chargebackhit helps them build a solid response with all the relevant evidence needed to win such cases. This takes away much of the burden off of your shoulders as a merchant, which is one of the reasons merchants don’t try to fight such claims in the first place. The service is designed to make the process easy for its customers and ensures the mitigation of issues such as excessive loss of revenue, limited business scaling, and increased acquiring fees that the business faces when it is considered more “high-risk.”

Friendly fraud is a real threat that you must always be aware of. It is becoming easier and easier for people to file such complaints directly from their bank’s phone app without having to take any difficult steps that may deter them from contacting the merchant first. As a merchant, all you can do is provide the best possible service to each customer and document each step of their purchases so that you can fight false claims. To take back control over your finances and make sure that you are not losing your hard-earned money to false claims, you can also take help from Chargebackhit and you won’t have to worry too much about friendly fraud anymore.

Leave friendly fraud in the past where it belongs

We’ll walk you through the process step by step

The Importance of Fraud Prevention Tools for Online Businesses

Chargeback Prevention: Why Chargebacks are Dangerous for Business

Protect Your Business from Fraud and Chargebacks

Using our direct connection to Visa, Mastercard, and issuing banks, we assist merchants on the very first stages of the dispute-resolution process.

Thank you for something

We've sent the whitepaper to your email. 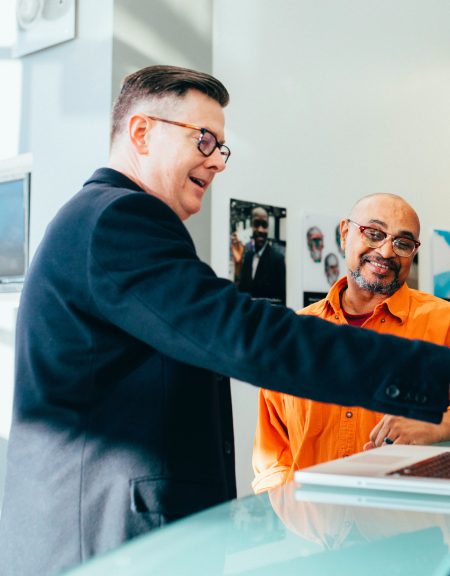